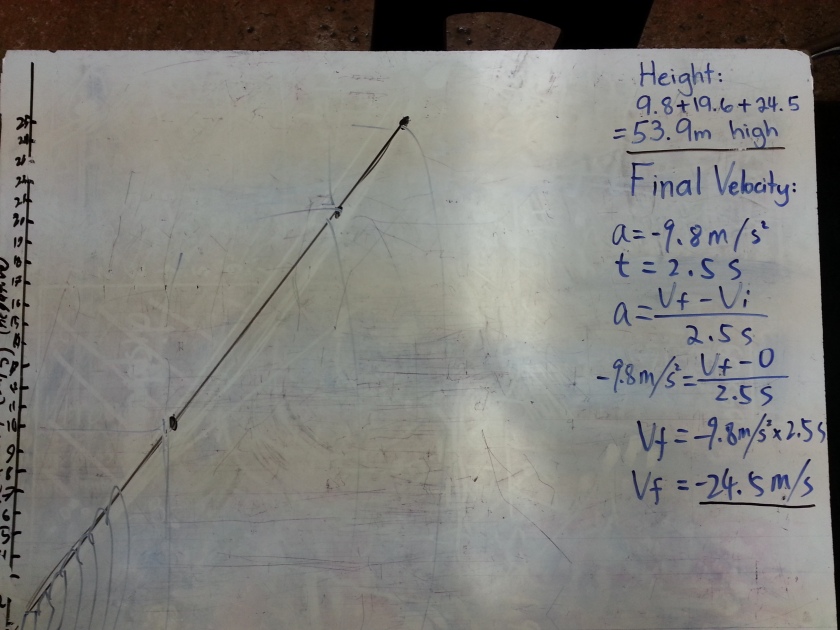 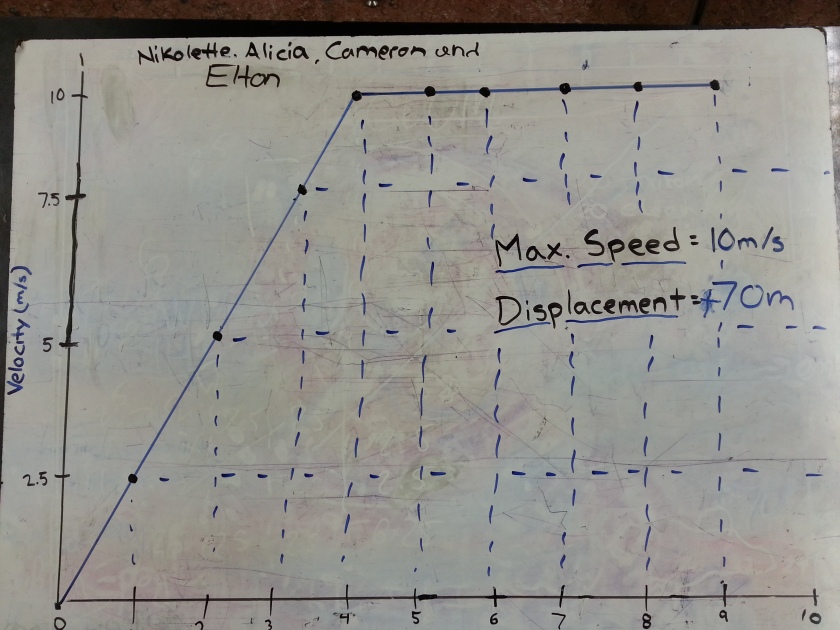 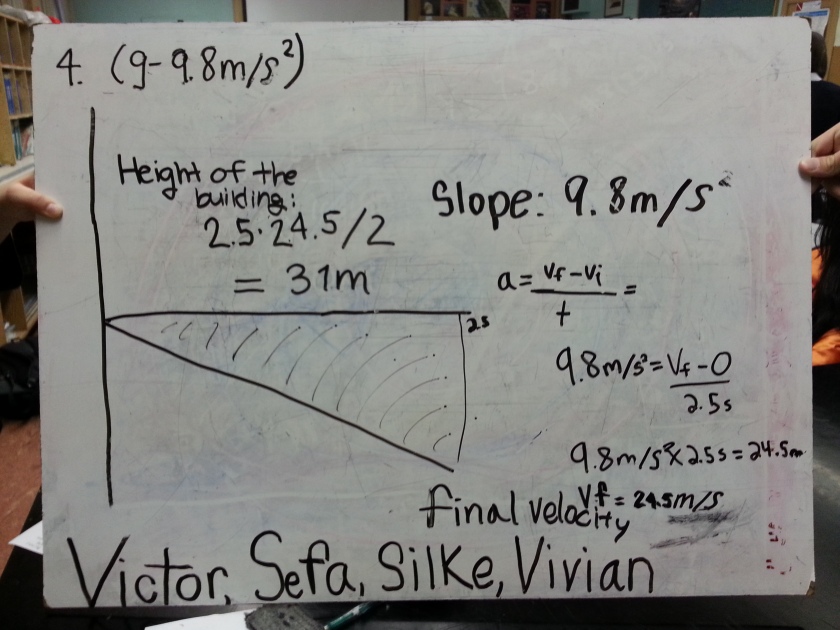 Physics 11 I decided to have the kids jump right into solving problems with little guidance from me.  8 questions and 8 groups later, we were off to the races.  I was a bit surprised to see most groups first try to hunt and find equations to work with.  Lots of kids were pulling out their agendas, where they had seen a page with physics formulas on it.  I pretty much had to stop the work and point out that all we’ve used in the past few weeks are graphs, and that graphs would be the smart path forward for this task.

In groups the students were pretty good with negotiating with slope and velocities.  Most groups needed some prodding to recall that the area under the curve on a velocity-time graph was displacement.  The 2nd photo above was a good example of students working through the issue of displacement.  The bottom photo, the group needed more prompting to get through their problem.  They were getting stuck with mixing up pythagorean theorem and the meaning of slope.  This was a good example of how changing the context of the question (instead of asking a graphing question, they were asked a kinematics word problem) can easily change how students apply their understanding.

The top photo shows how a few groups were approaching displacement.  When working with constant velocity, the area under the graph is calculated by finding the area of the rectangle.  When given increasing velocity, they no longer had a rectangle to work with.  Instead, they decided to break the triangle into smaller rectangular regions. I like seeing things like this because it shows problem solving skills, and I get to say that they are doing the same thing as calculus.  The group in the top photo initially started doing the problem by applying a formula, but when they got to displacement, they weren’t sure what to do.  So they decided to make a graph to see what they could find out.

Next day they will have a quiz, so I’m not sure how much time we’ll have to expand on problem solving.  I may just derive some formulas from their graphs, and model how I would expect a graph to be annotated as a means for demonstrating understanding.