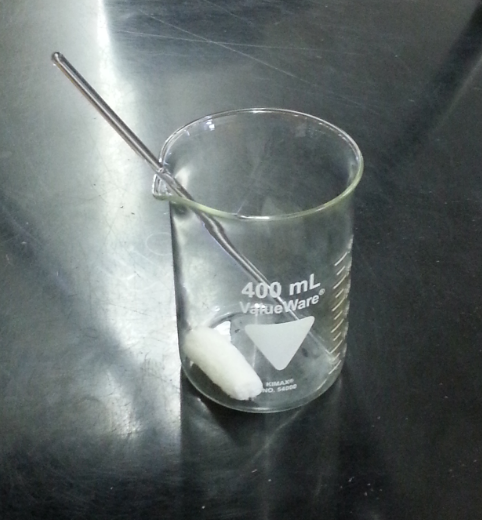 Science 9 – Like my grade 8 classes, I decided to do a Smarter Science activity with the grade 9’s using the dissolving starch packing peanut.  I had noticed that in their previous lab, the students had a difficult time carefully thinking through their experiment even though most of it was laid out for them.  It seemed as so they could use more scaffolding in creating experimental procedures.

The grade 9 classes were able to work through this experiment fairly quickly. As well, their inquiry questions were more focused.  Most importantly, many groups recognized that they were missing two key parts for a successful experiment.  First, some groups discovered that they needed to properly calibrate their timing. In other words, they needed a way to control when the timer should be stopped.  When is it an appropriate time to say that all the dissolving is finished?  The packing peanuts do not fully dissolve.  The other key piece that was missing was their ability to control the stirring.  Many groups independently worked out a stirring rate, but others were not clear on the issue of pushing the peanut into the water (the peanuts float).

I’m hoping that the lab reports are finished promptly and are of decent enough quality.