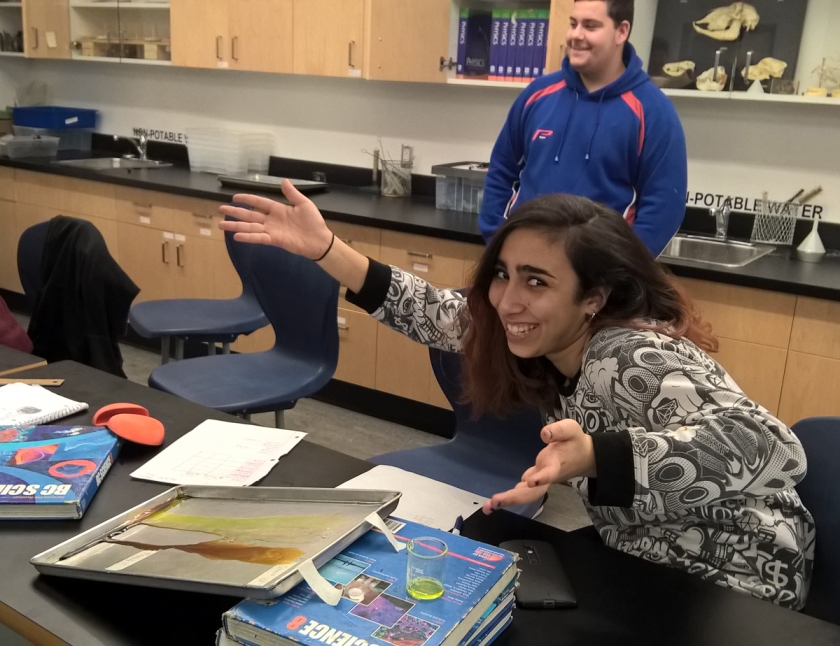 Science 8 – In science 8 we continue to use the Smarter Science framework for developing experimental design. For today’s class, I started out by pouring some corn syrup into a beaker of water. The idea was to stimulate kid’s observations and wonderment about viscosity. By having a beaker with water in it, the students are reminded that corn syrup and water are probably different.

I had the students fill out a level 2 Smarter Science experimental sheet, which I plan to take home and give feedback.

For today though, I took the idea that several kids had which was to test pouring rate. This is close to a lab that is in the science 8 textbook. So while the kids followed a set experimental procedure, I think many will have come up with the overall design of the experiment by themselves with correct dependent variable, independent variable, and control variables.

One thought on “Day 100 – Viscosity Experiment”