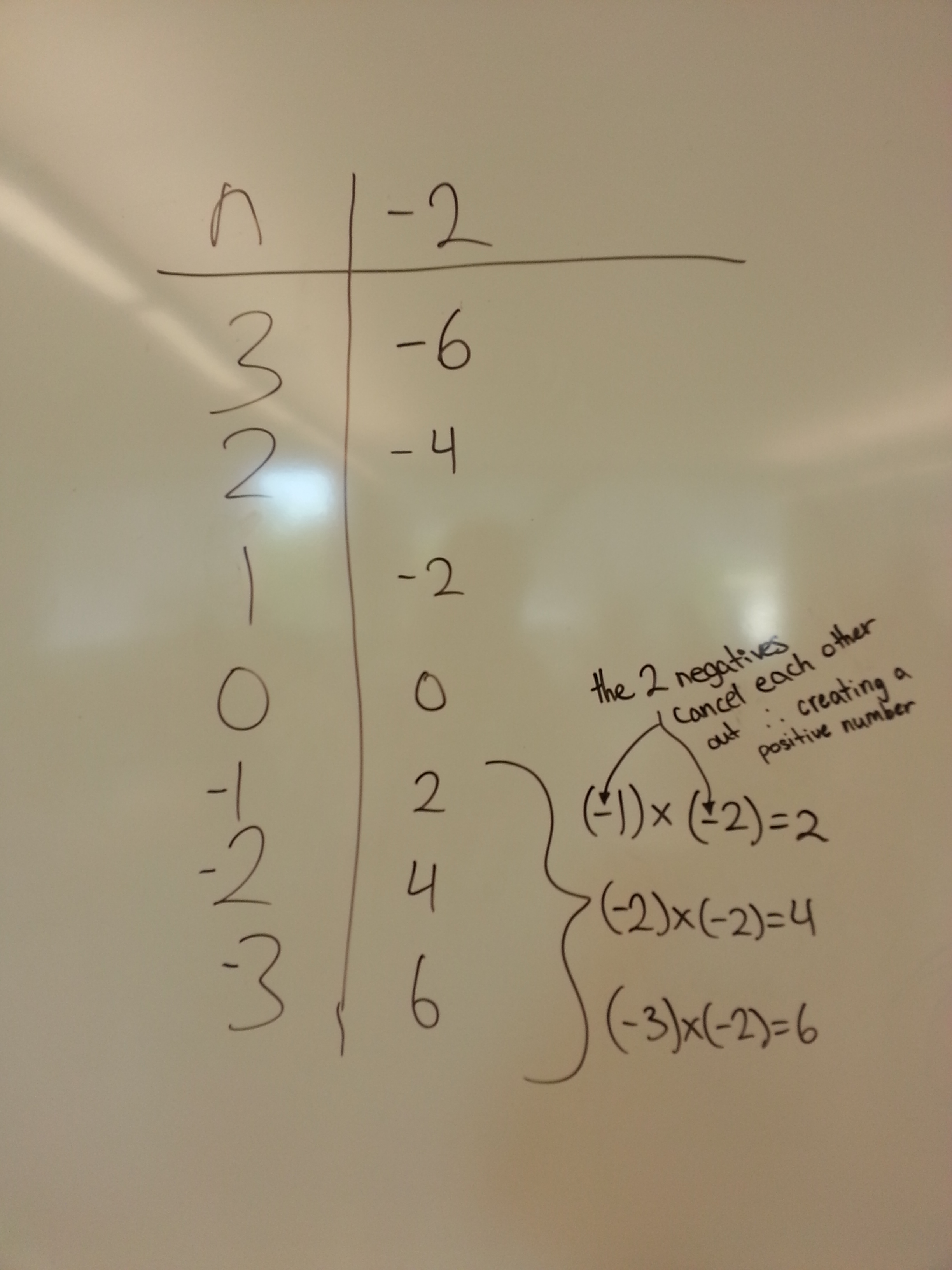 Math 8 – This is the third time we’ve used patterns and tables to explain or reason around a rule that we use with integer arithmetic.   Today’s class the students did most of the work though (gradual release of responsibility).  They were given the following prompt, “In groups, come up with a table that you could use to convince someone how to multiply a negative number by a negative number.” Most groups managed to succeed.  The most common problem was when the group started by using the rule that we’re supposed to find. In other words, the “correct” table would start with a positive x negative because we had previously determined that this resulted in a negative number.  However, some students started with a negative x negative, saying that the product is positive.  This only works if you already know the rule.

Finally, the students signed up for Moodle and enrolled in my Math 8 course.  The Moodle course will hold mini-lessons/notes on the topics along with auto graded quizzes for practice.