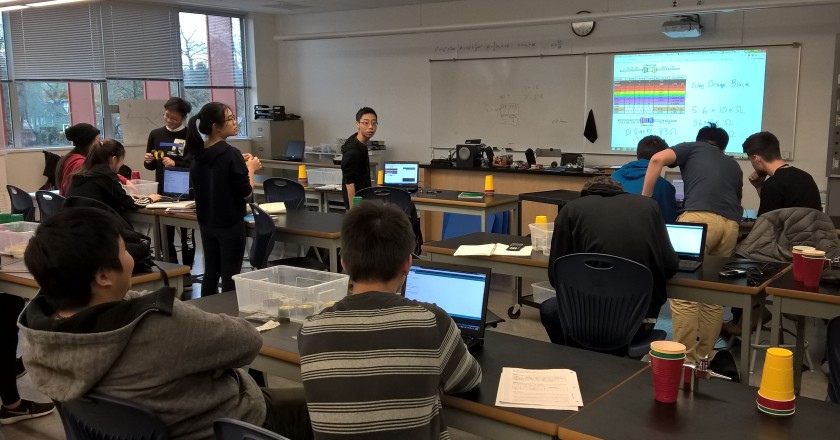 Engineering Physics – We finally had a bit of luck today and most of the computers logged in fairly quickly. Students got to make their first Arduino sketch and circuit. The main goal was to choose an appropriate sized resistor to match an LED, build the circuit with a breadboard, and make the LED blink. Some groups were quicker than others and they started to develop their own more complicated circuits involving multiple LEDs.

The students were pretty pumped and many asked me if we could work on the Arduinos again next day. The plan is for them to build a timing system using photoresistors, so yes, we’ll be using the arduinos. 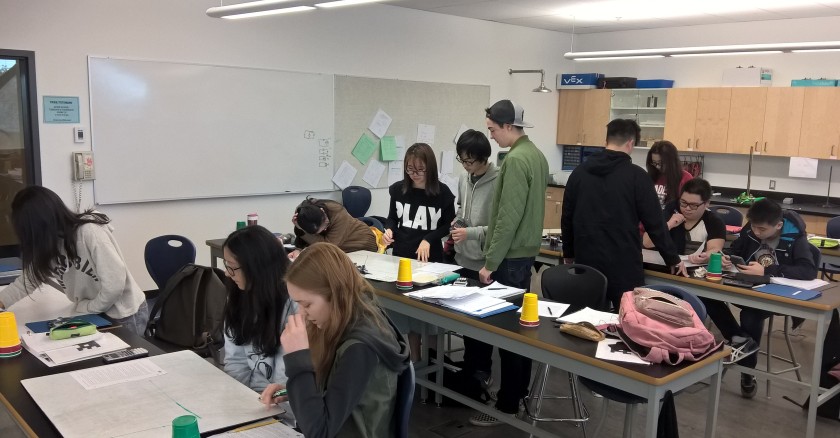 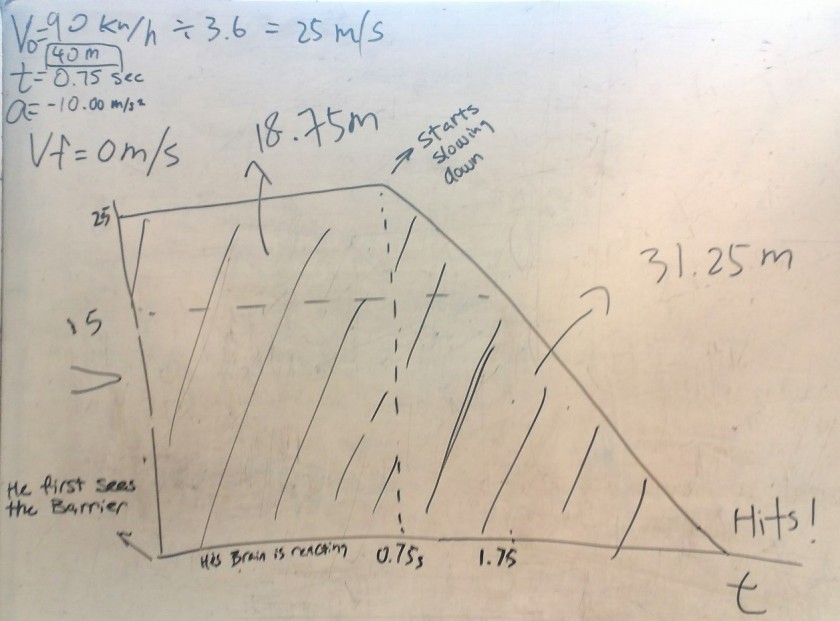 In Physics 11, the students started off with a Plickers kinematics question. I chose a question that would likely lead the students to use d=vot + 1/2at^2.  The wrong answers included not squaring the time, and not considering that there was acceleration (using d=vt instead).  I then challenged students to create fully annotated graphs from a different problem.  We did a gallery walk with the whiteboards and I wrote down properties of the graphs that we agreed were good to include.