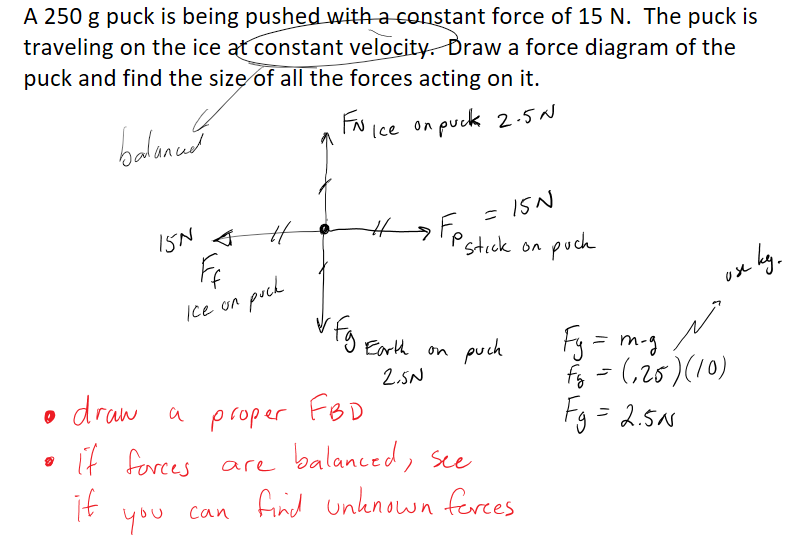 Physics 11 – Students got to practice drawing force diagrams today. They’re were lots of good questions, usually ones that I want to deal with later. They were invoking Newton’s Third Law, friction, and all sorts of things.

The above graphic is a good example of why we label our forces. Students want to draw a force pushing the skater to the right. However, no one can think of where this force comes from. What is its agent? The closest we get is skater on skater. I found this to be hard to explain. The best I could come up with was a thought experiment where a person imagines they are floating in space. Can they imagine themselves moving around and directing their motion? Most people see the need to push off of something. That something would be the agent. In the above case, since we can’t name the agent, it’s probably not a force.